The legacy interface has been retired and HPE VM Explorer can now be accessed through the web-based interface only. In addition VMware ESX 3.x is no longer supported.

Added support for Hyper-V 2016 and Hyper-V Cluster 2016 and the software can also be installed on Windows Server 2016. The new Hyper-V version allows faster backups due to the new Resilient Change Tracking technology that tracks changes occurred for incremental backup and replication. 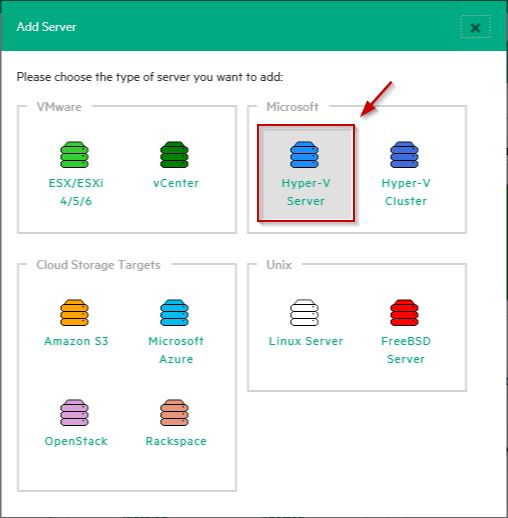 Microsoft Azure cloud storage can now be configured as a backup target allowing a maximum VM size of 195 GB (current Microsoft Azure limitation). The configuration is similar to backing up VMs on Amazon S3, OpenStack and Rackspace environments. 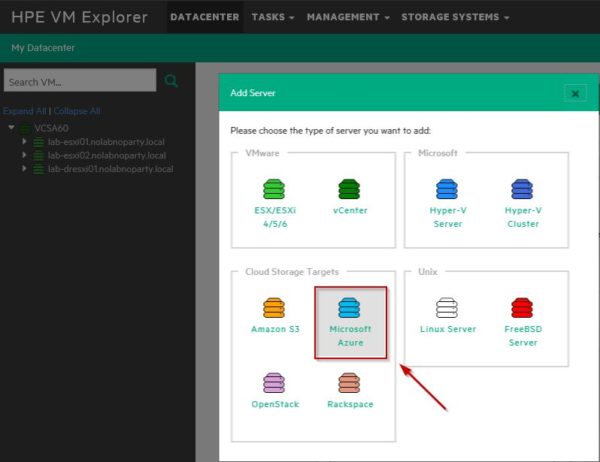 Remote Desktop Connection from the HPE

It's now possible to download a Remote Desktop Connection (*.rdp) file directly from the User Interface (UI). You can use the *.rdp file to connect to Hyper-V Server and Hyper-V Cluster, or to a Windows virtual machine.

From the Datacenter view, right click the VM to connect and select Open in Remote Desktop option. 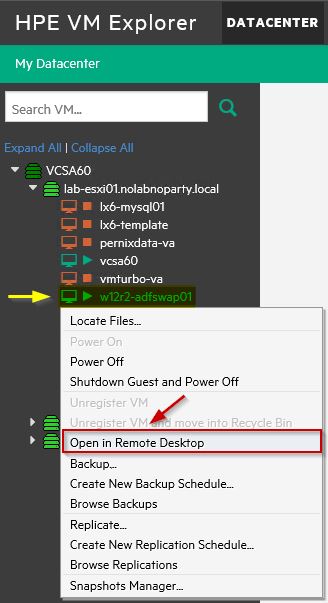 Open or save the .rdp file to start the Remote Desktop Connection with the selected VM.

The RDP connection is established with the Windows-based virtual machine. 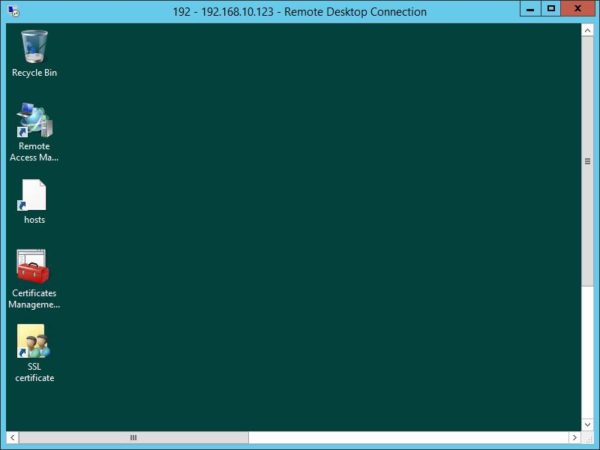 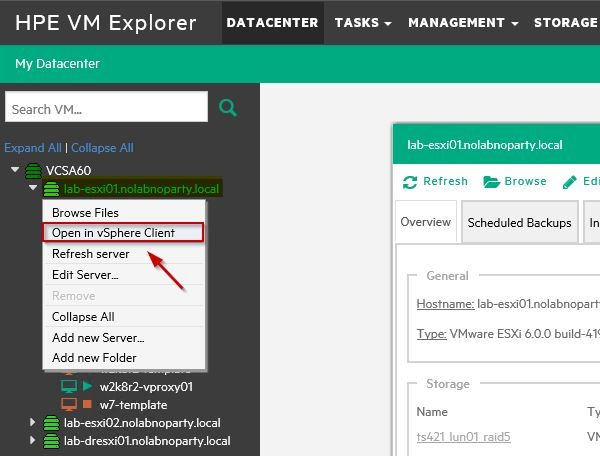 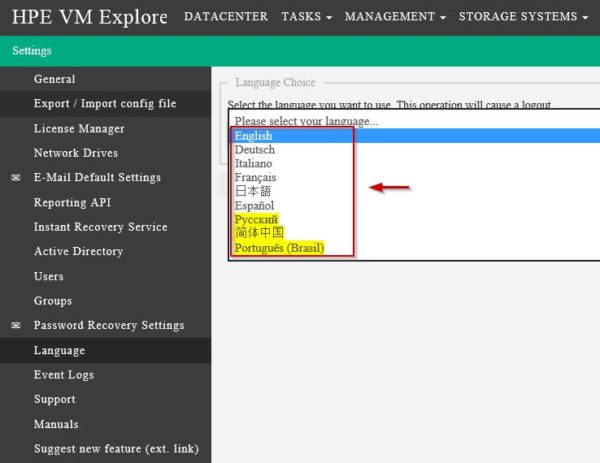 The following main issues have been fixed: 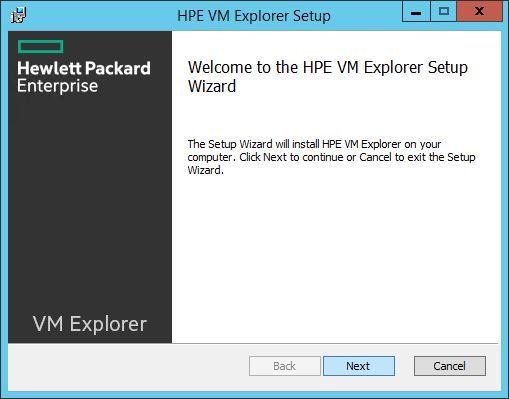 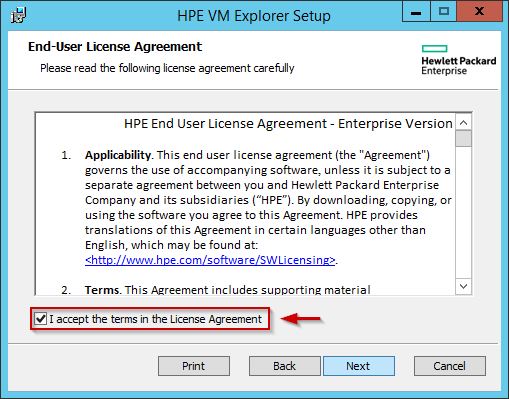 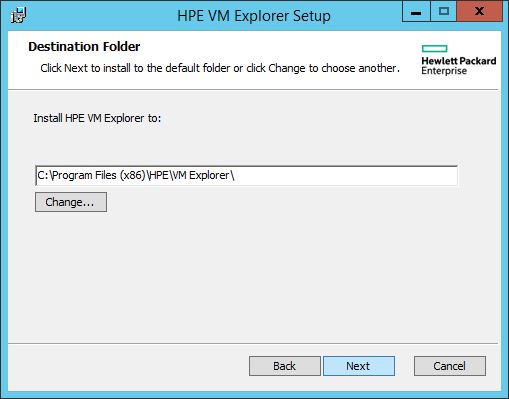 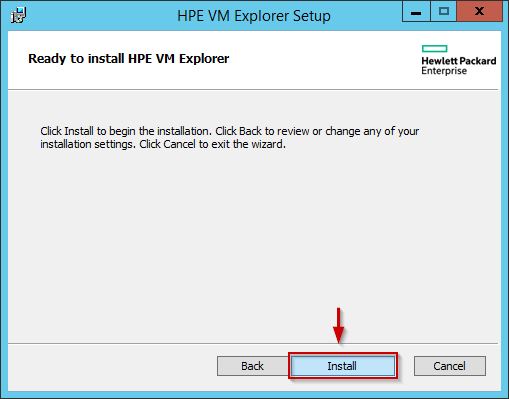 VM Explorer is being installed. 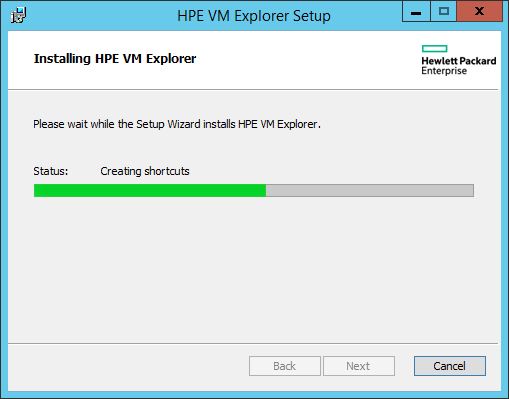 When the installation has completed, click Finish to launch the product. 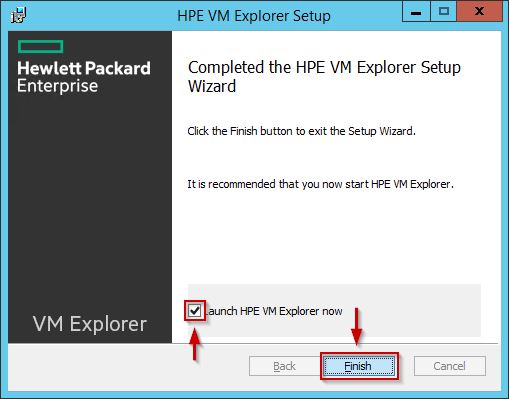 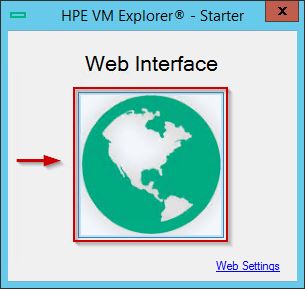 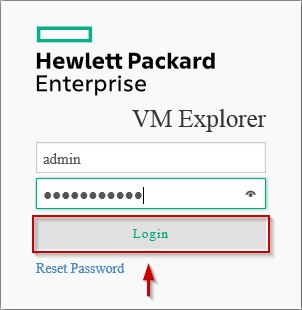 To check the installed VM Explorer version, select from the top-right menu the option admin > About.