Latest release of Nakivo Backup & Replication 7.4 introduced the Bandwidth Throttling feature to limit the speed of data transfer during a backup job.

This feature can be very useful if you need to run a backup or replication job during working hours where the network is generally fully used. In order to prevent a VM backup job from consuming more than the allowed bandwidth, you need to enable Bandwidth Throttling on a per-job basis for VM backup, backup copy, replication, and recovery jobs. This feature can be enabled in all supported platforms by Nakivo (Hyper-V, VMware and AWS).

The configuration of Bandwidth Throttling is pretty simple and requires only few steps. 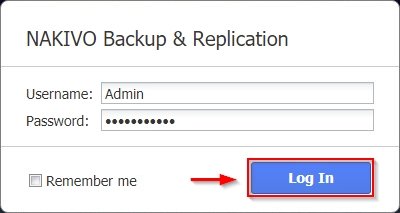 To enable the Bandwidth Throttling for an existing backup job, from the Dashboard right click the job to configure and select Edit. 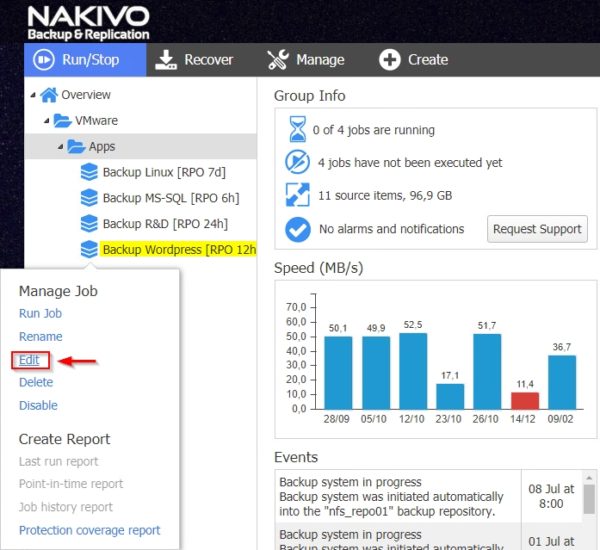 Go to 5. Options tab to access the configuration page of Bandwidth Throttling feature. 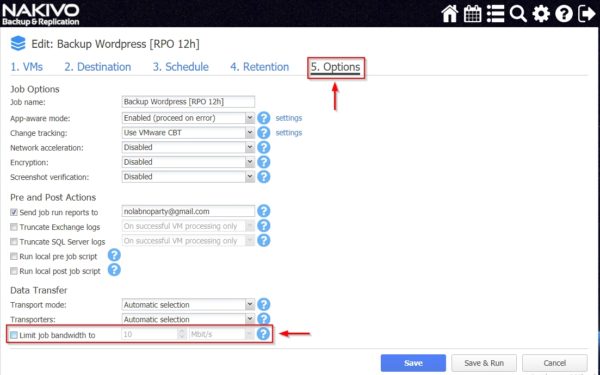 Enable the Limit job bandwidth to option and specify the amount of bandwidth to grant. Click Save to save the backup configuration job.

Once the job have been saved, during next run the used bandwidth will not exceed the threshold set.

To test the impact of this feature, two new backup jobs have been created:

Both backup jobs process the same virtual machines, then same amount of data have to be backed up. 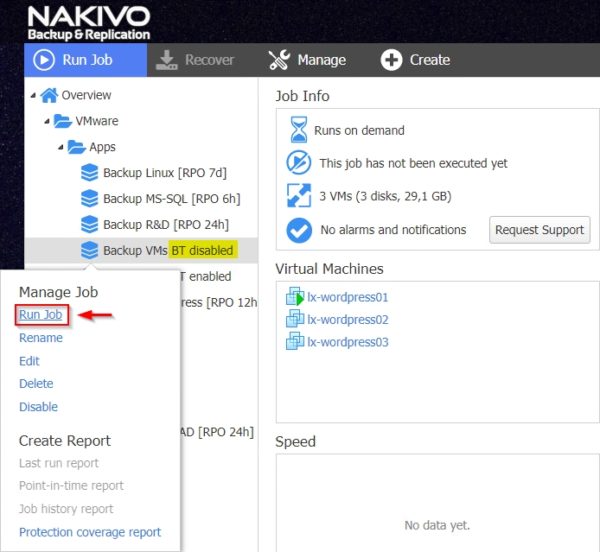 By default, Nakivo will try to use all available bandwidth with a Speed, in this example, above 45 MB/s.

The backup job took about 15 minutes to complete. 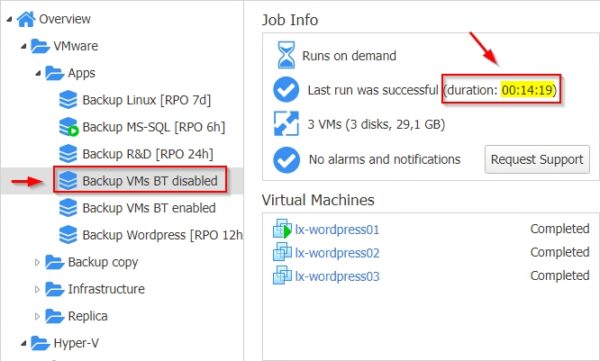 For this test, the Bandwidth Throttling has been enabled and set to 10 Mbit/s in a new backup job. 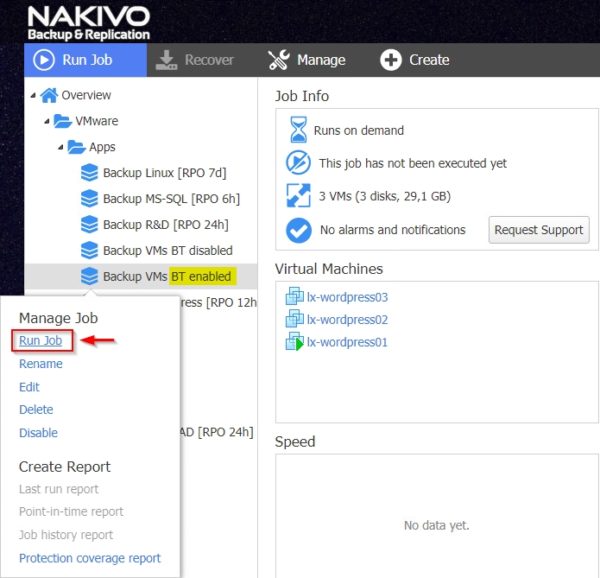 This time Nakivo is not able to use all the network bandwidth, but it will be limited to 10 MB/s. The data transfer will be limited increasing the time required to complete the backup.

This time, the backup job took more than 7 hours to complete, a lot of time. If you need to perform full backups, Bandwidth Throttling heavily affect the backup performance and a dedicated maintenance window should be used instead. 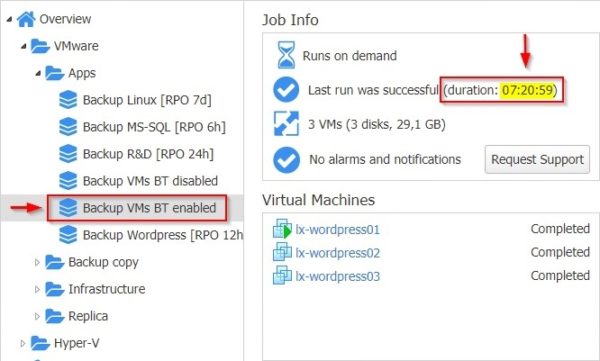 Of course limiting the available bandwidth, also the data transfer is limited. The benefit of using this feature is that you can actually optimize backup operations and controlling the network traffic.