The Update 1 introduces some enhancements and resolve some issues.

Side by side restore - Tenants are now able to restore VMs and vApps without overwriting the original object by selecting Keep restore option. 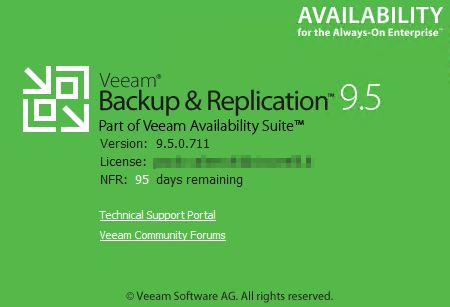 Prior installing the update, reboot the server to clear any locks on the product files and disable the backup jobs. 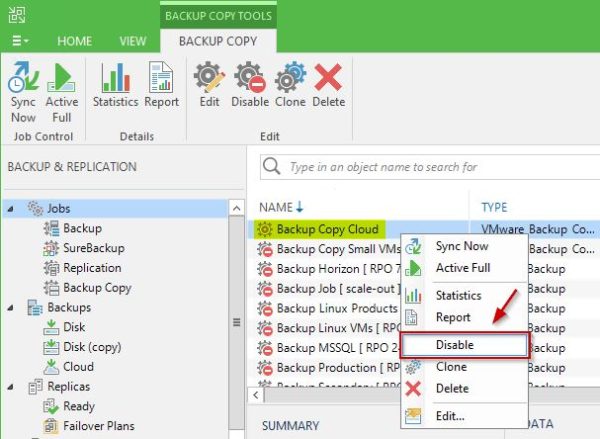 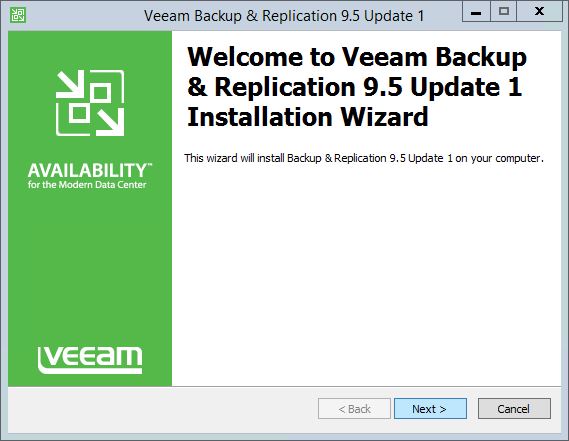 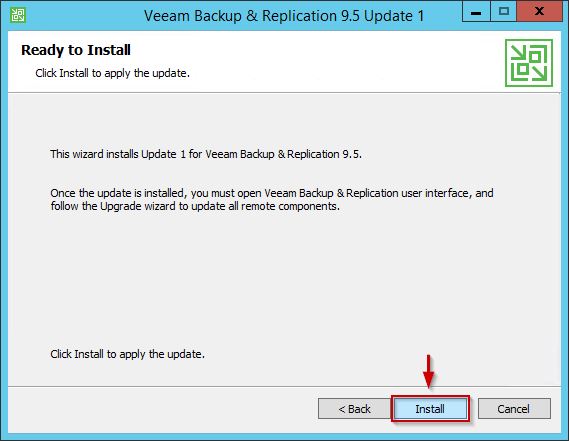 The update is being installed. The update takes some minutes to complete. 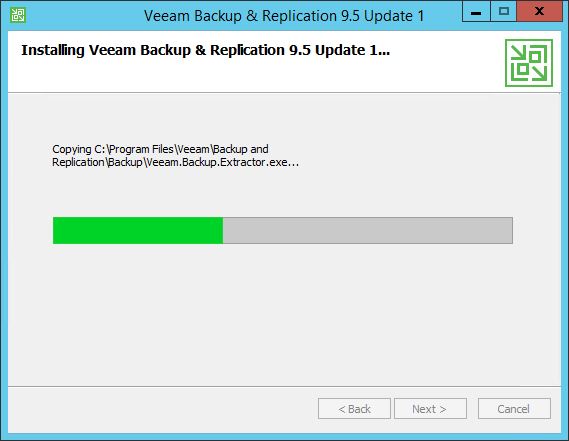 When the installation completes successfully, click Finish to exit the wizard. 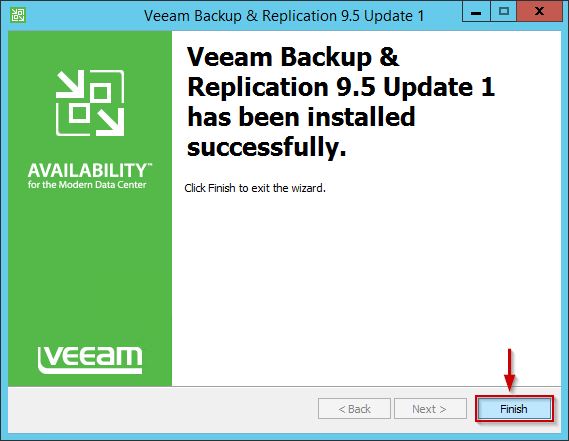 When you open the console after the update, also installed Veeam components must be updated. Click Apply to proceed. 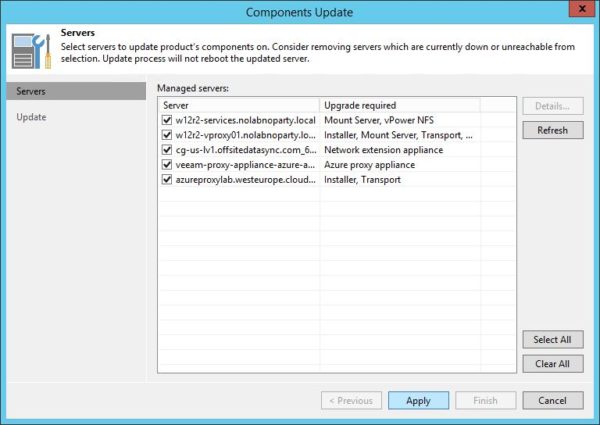 Selected components are being updated. 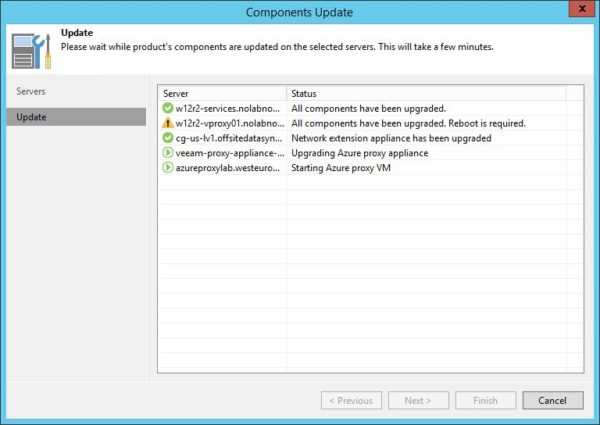 If one of your cloud subscriptions services is expired, the related component update will fail. Click Finish when the components update process has been completed. 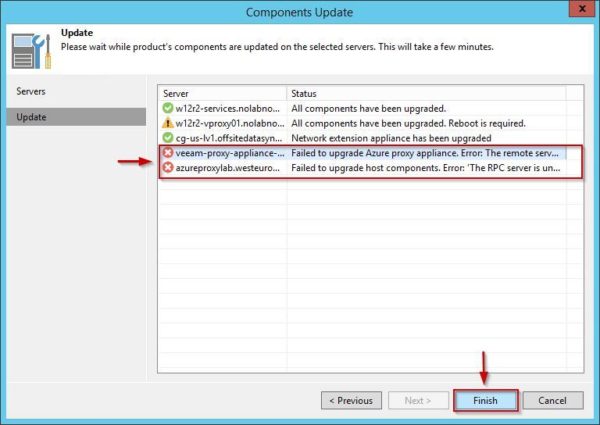 To update failed components at a later date, from the Veeam console select Upgrade option in the configuration menu. 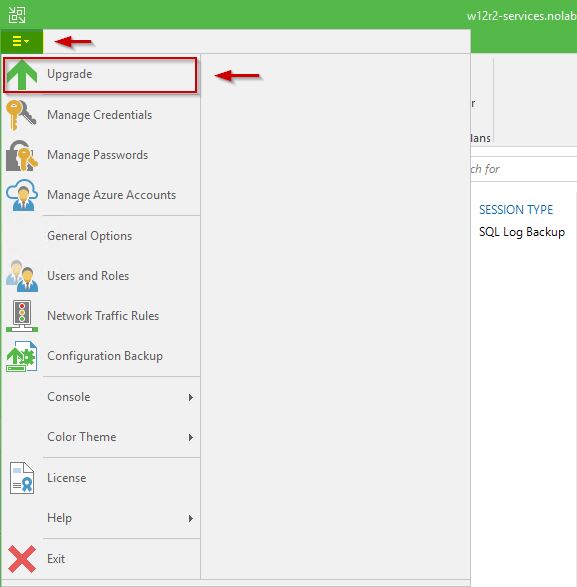 The console installed on the administrators' computers is automatically updated at the first run after the server upgrade. 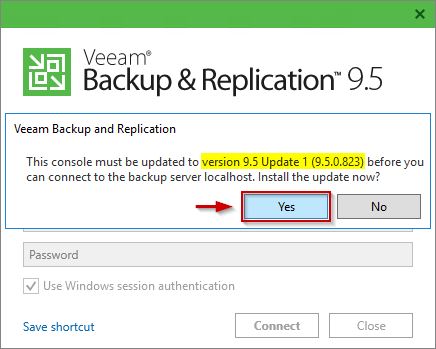 After completing the upgrade procedure, the build will be version 9.5.0.823. 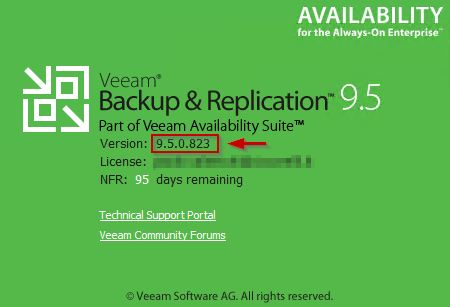 Addition info can be found in the Release Notes.