Altaro VM Backup is a powerful backup solution for Hyper-V and VMware environments that makes the backup of VMs quick and very easy.

After a quick registration procedure, the software can be downloaded and installed taking only few minutes to be up and running (about 15 minutes as reported by Altaro). Easy to use with an intuitive design and a full control over backup jobs across all hosts, the application is a good solution to protect virtual infrastructures.

VM Backup is priced per host and not per CPU, socket or VM therefore if you have two hosts with two sockets each, only two licenses need to be purchased.

Formerly known as Altaro Hyper-V Backup, Altaro renamed the application in VM Backup after releasing in version 6.0 the support also for VMware vSphere.

Simplicity is the keyword for this software where every single process can be done easily in few clicks. Available for both Hyper-V and VMware environments, Altaro offers all the features required by the disaster recovery to protect the virtual infrastructure.

Some of the features included in VM Backup:

Altaro VM Backup can backup VMs from the following hosts:

Installation of VM Backup products is supported by the following OS:

The following devices can be used in VM Backup as backup repository:

The installation procedure is very simple and really requires only few clicks. Download the software from Altaro website and run the installer altarovmbackupsetup.exe. Click Next to proceed. 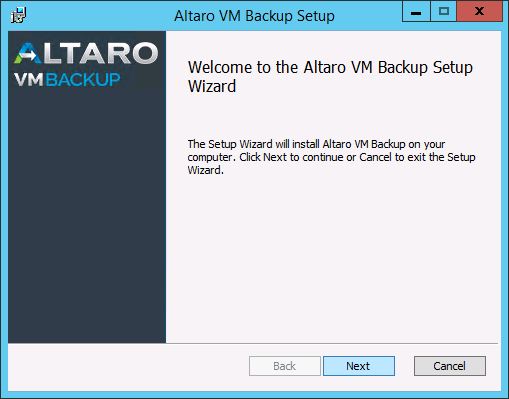 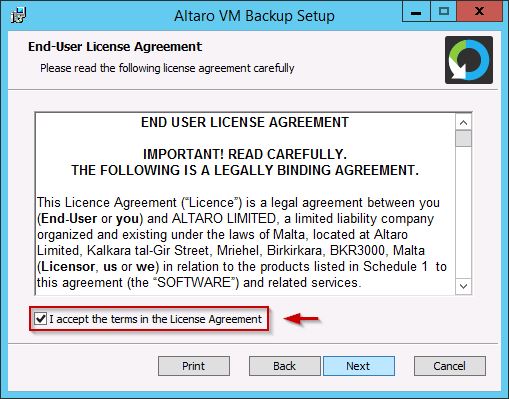 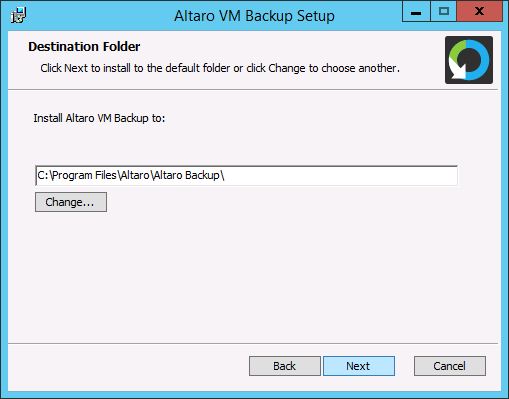 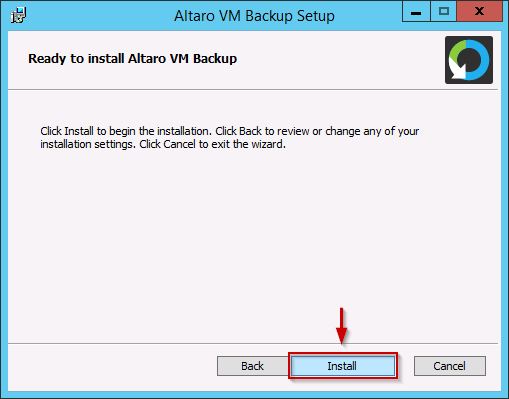 The software is being installed in the system. 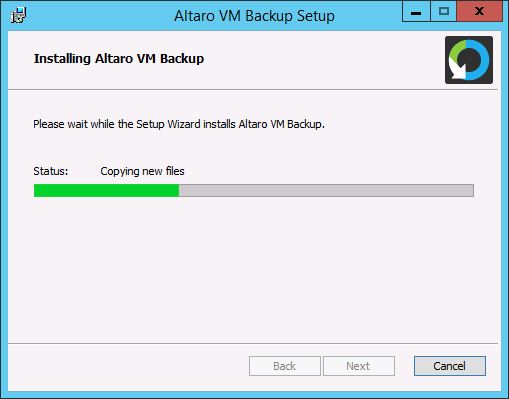 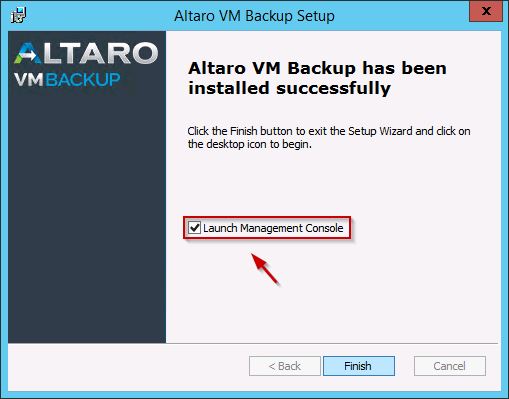 From this window you can also manage multiple instances having the full control of your environment. Click on Connect button to connect the running VM Backup instance on local machine. 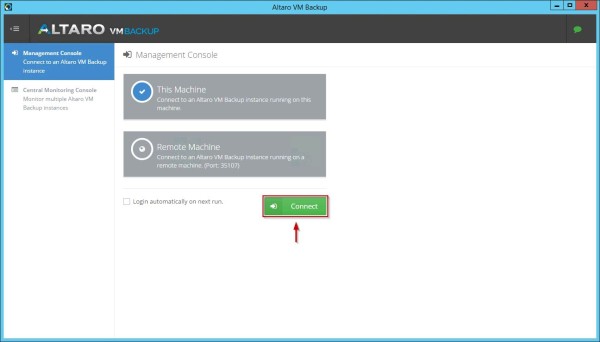 When the Altaro console opens, the Quick Setup dashboard is displayed allowing a quick configuration of the backup job. Click the link Click here to dismiss Quick Setup... to access the main screen closing the wizard. 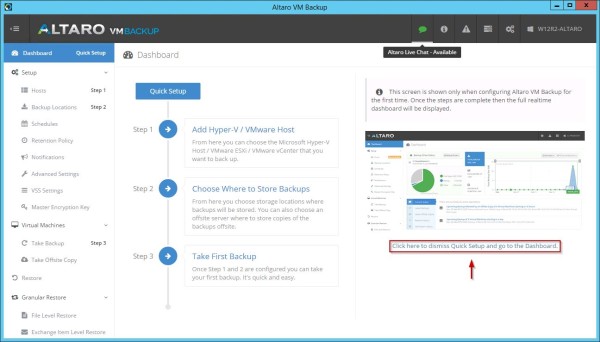 The Altaro VM Backup console is well designed with a clean and very intuitive layout. 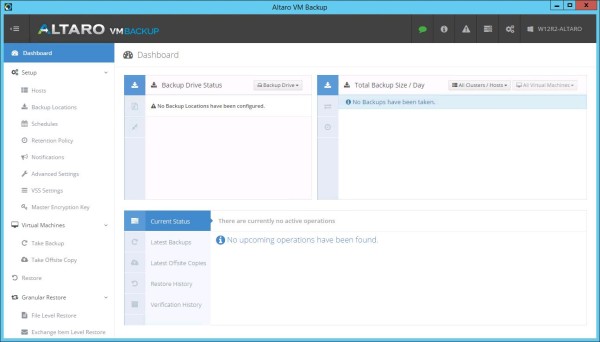 The installation process is now complete. Part 2 will cover the general setup of the system and the configuration of the backup task.