VMware released the new VMware vSphere 6.7 Update 2 introducing several big changes and enhancements in the overall system that is quite unusual for a minor update.

First change you can notice after upgrading the vCenter is the new login page. Enter your credentials or Use Windows session authentication option then click Login.

As already stated during the release of VMware vSphere 6.7, the external PSC topology has been deprecated in favour of the new Enhanced Linked Mode feature that is able to link up to 15 embedded vCenter. During the deployment procedure, now you can see a clear warning about the deprecated PSC topology. 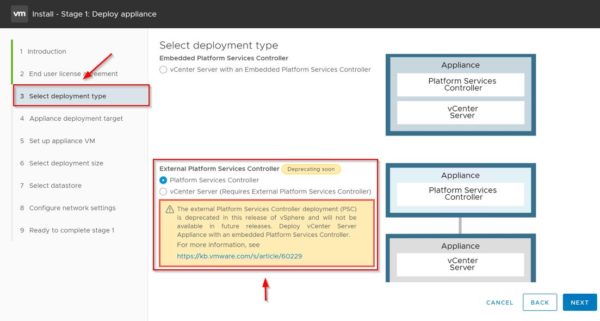 Converge Tool now in the GUI

The Converge Tool, available from vSphere 6.7 Update 1, used to merge an external PSC into a vCSA via CLI is now available directly in vSphere Client. As announced already during the release of vSphere 6.7, VMware deprecated the topology of vCSA with an external PSC.

To perform the Converge to Embedded procedure, from the vCSA select Menu > Administration then under Deployment section select System Configuration (picture from VMware vSphere blog).

With vSphere 6.7 Update 2, the L1TF security vulnerability protection has been implemented including a modified scheduler that also recaptures performance impacted by the vulnerability. 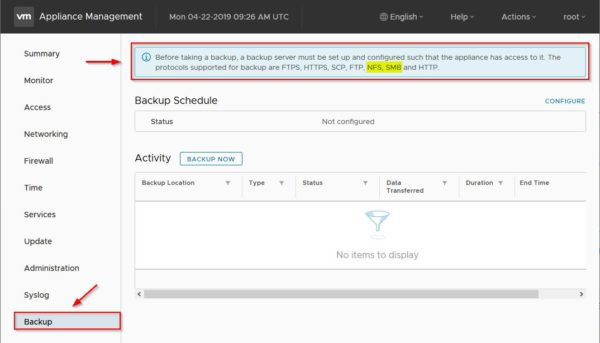 Another feature releated to backup and restore is the introduction of the Event Notifications on backup job success and failure. 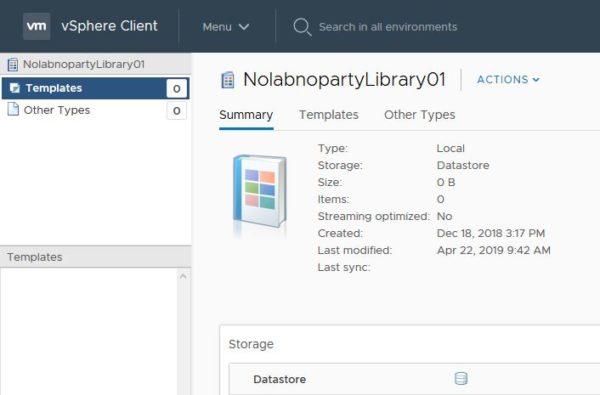 vSphere Health has been enhanced with the introduction of new health categories useful to identify and resolve potential issues.

With the new Update 2 is now possible to attach and remediate multiple baselines at the same time and Check Compliance, Attach and Remediation are now available from the same screen. 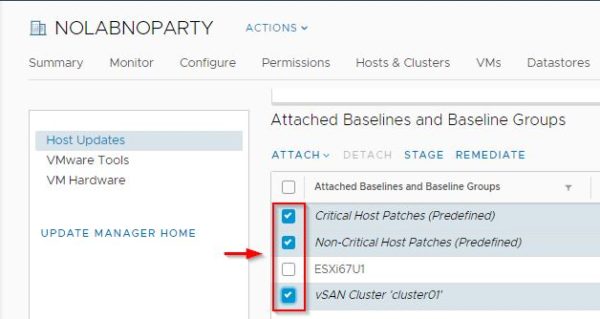 Additional info can be found in the VMware vSphere blog.