The upgrade procedure is pretty straightforward and it doesn't require any service downtime.

The steps involved in the upgrade procedure are the following:

Install the AD FS role to the new server

From Server Manager click Manage > Add Roles and Features. Click Next to begin with the role installation. 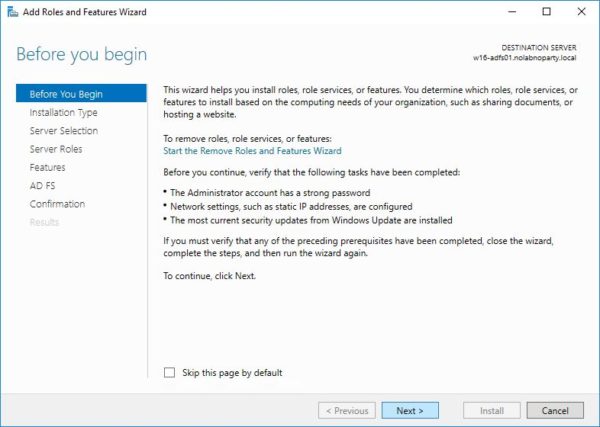 This article has been written for StarWind blog and can be found in this page. It covers the full procedure to upgrade AD FS 3.0 to Windows Server 2016/2019 version with no service disruption.

Move the Farm Behavior Levels (FBL) to the new Server 2016

Introduced in AD FS for Windows Server 2016, the Farm Behavior Level (FBL) is a farm-wide setting that determines the features the AD FS farm can use.

Run the following command to make the Server 2016 as PrimaryComputer.

Now verify the Server 2016 role has been assigned successfully.

Now verify the Windows Server 2012 R2 Role has been changed to SecondaryComputer.

The following command in the Server 2016 will show the current AD FS farm information with the exception of old versions: