Veeam released the new Veeam Backup and Replication 9.5 Update 3a introducing some enhancements, such as the support for VMware vSphere 6.7, and bug fixes.

After the release of latest VMware vSphere 6.7 version, most backup software vendors are introducing the support for the new vSphere release in their backup solutions. Veeam Backup and Replication 9.5 Update 3a introduces also some performance improvements concerning DirectSAN and Hot Add transport modes as well as the support for some platforms.

The new Update 3a introduces the following most significant enhancements:

The support for VMware vSphere 6.7 is the main feature added to this new release and includes also the new Veeam HTML5 plugin version for vSphere Web Client. Added the asynchronous NBD/NBDSSL support for improved read performance of network transport mode with ESXi 6.7. 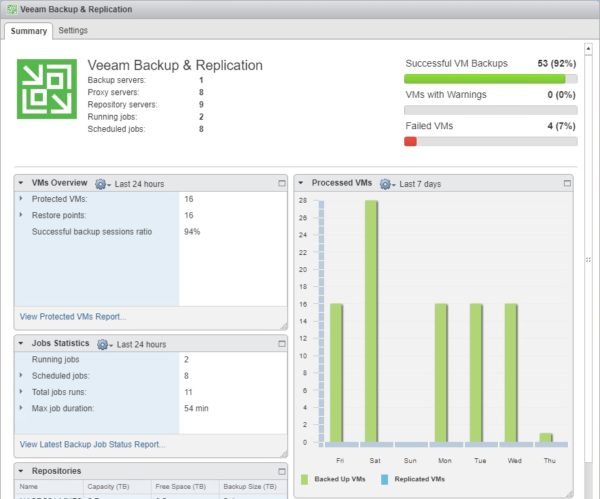 The support for the following platforms have been introduced in Veeam Backup and Replication 9.5 Update 3a as reported in the Release Notes:

Update 3a introduces the support for Direct Restore to Microsoft Azure for environments with ExpressRoute or site-to-site VPN connectivity to Azure. To enable this feature, you have to create in the Windows Registry the following entry:

Added the suport for Btrfs volumes located on an LVM volume and for Linux SUID and SGID preservation to Copy To operation.

Performance of enumeration in File to Tape jobs with a large number of files has been improved.

To improve security, with the Update 3a the application-aware processing logic now requires the logon as batch job rights (instead of interactive logon) configured for the account used to connect to SQL Server to perform transaction logs processing. This change requires to disable the Deny log on as a batch job for the used account (previously the Deny log on locally and Deny log on through Terminal Services permissions were turned off).

Upgrade to version 9.5 Update 3a 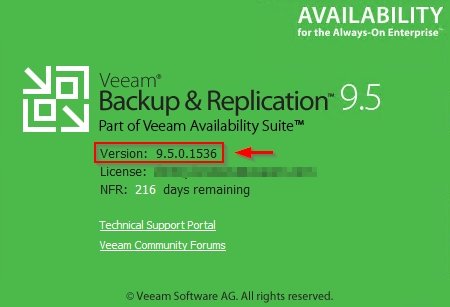 To proceed with the update, disable all active processes run the Update 3a installer downloaded from Veeam website. Click Next. 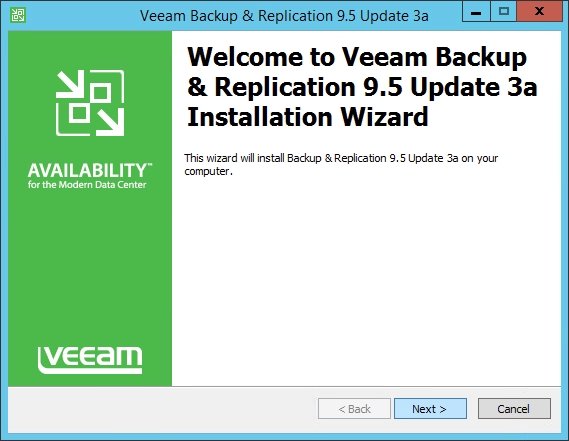 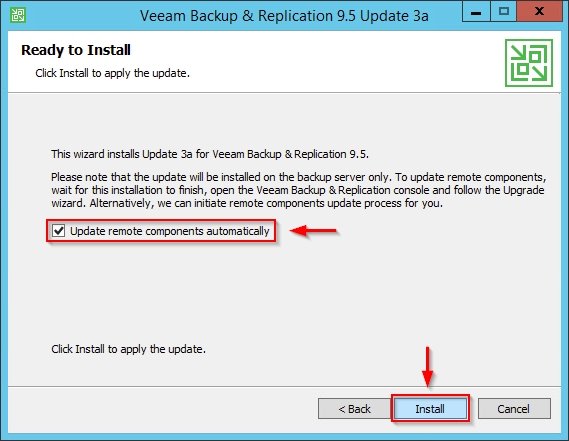 The update is being installed in the system. 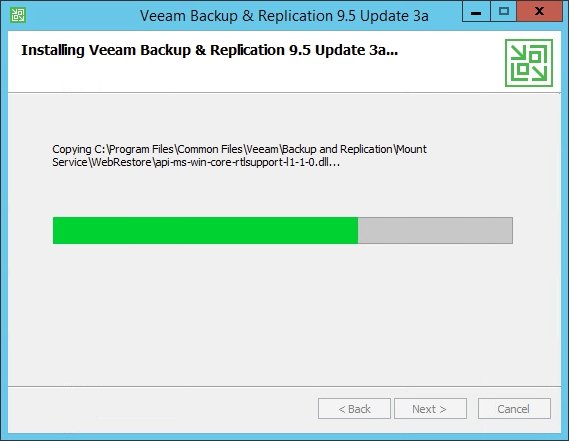 When the update process has been completed successfully, click Finish to exit the wizard. 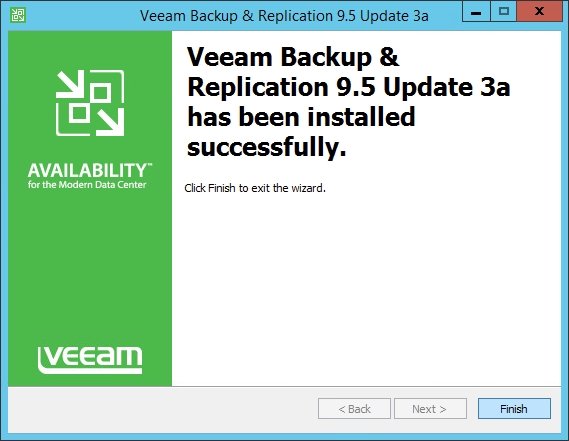 Open the Veeam console and go to Help > About to verify the installed version. 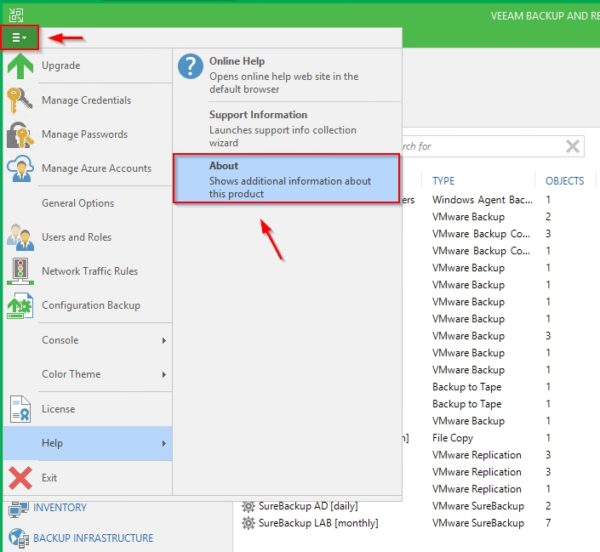 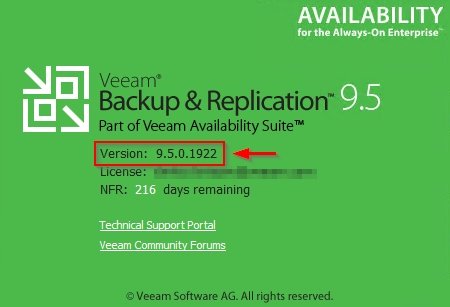 When the Veeam console installed on administrator's computers is launched, the system detects the new version. Click Yes to perform the update.

Additional info about Update 3a can be found in the Release Notes.

Veeam Backup and Replication 9.5 Update 3a is available to download with backup agents included or alternatively without backup agents.