After installing VMware vSphere 6.7 Update 1, Veeam backup fails due to a change in the vSphere API 6.7 introduced by VMware.

The processed backup jobs fail with the error "Object reference not set to an instance of an object".

If you use Veeam as your backup solution, avoid updating your infrastructure with vSphere 6.7 Update 1 until the issue has been fixed.

Currently there is not a fix for this problem but Veeam provided a temporary workaround to allow the jobs to be completed successfully. 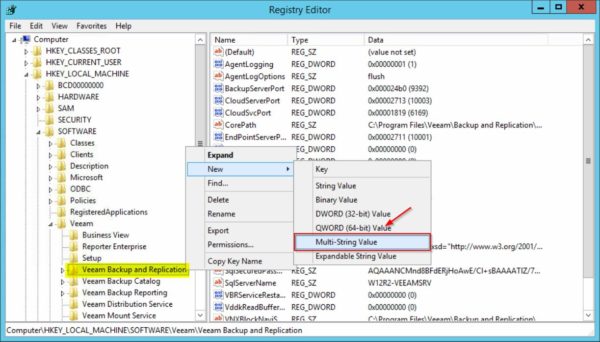 Create the key VMwareOverrideApiVersion and assign the value 6.7.1=6.7. Click OK to confirm. 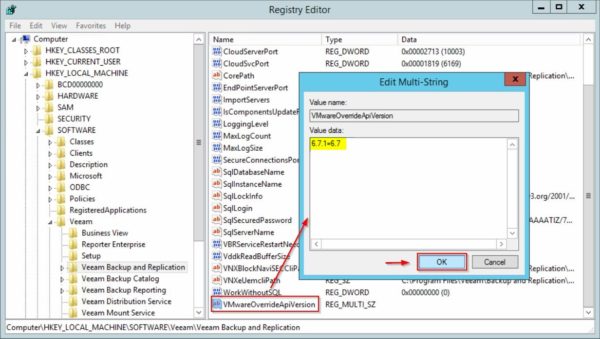 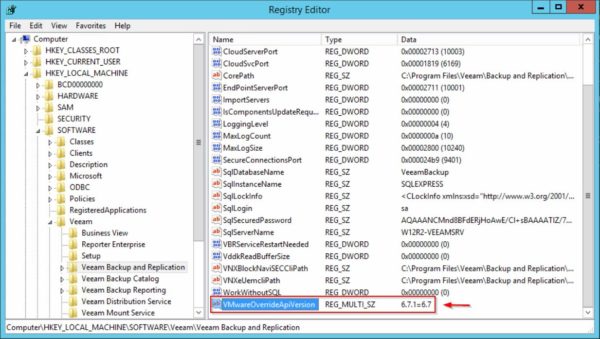 After creating this registry key, reboot the server and re-run the failed backup jobs. This time the backup job completes successfully.

As stated by Veeam in the KB2784, this is just a workaround since overriding the API version may affect other Veeam functionalities.

The official support for vSphere 6.7 Update 1 will be included in the upcoming Veeam Backup and Replication 9.5 Update 4.

The issue has been fixed in Veeam Backup & Replication 9.5 Update 4.