In this new release VMTurbo is integrated with VMware vRealize Automation and introduces the capability to update VMTurbo instance online or offline. 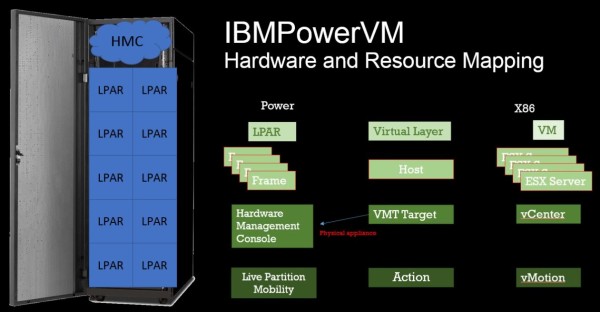 Guest OS can be:

VMTurbo 5.5 now integrates with power environments and provides automatable decisions like moving and sizing LPARS assuring performance of PowerVM workloads. Environments with Power and x86 machines can now be managed from a single VMTurbo instance.

VMTurbo places any workload on any infrastructure assuring performance of applications across any cloud. It breaks down any data center constraints and places workloads where they perform the best.

It's now possible to run remote plans in separate VMTurbo instances so that users can plan and run several plans simultaneously and plans will be executed faster. VMTurbo is not affected by the plans since they are executed in a separate instance.

Improved the user interface and experience. The new dashboards enable a clearer understanding of the decisions VMTurbo makes and the impact to application performance and infrastructure efficiency.

Time slider for the health chart

Added the ability to navigate back in time to show how many actions are being automated and how much density has improved after actions have been taken. 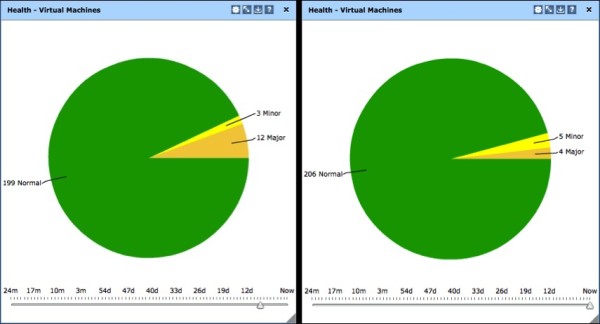 Combining before and after charts into one, VMTurbo 5.5 introduces the health over time chart. 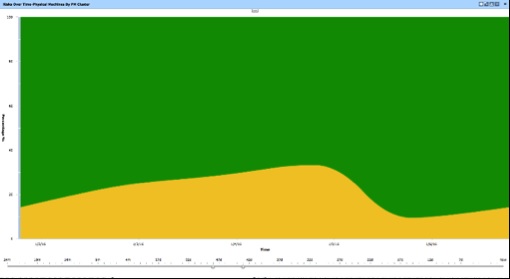 VMTurbo is also implementing the new HTML5 based User Interface that will be available probably in the next release. 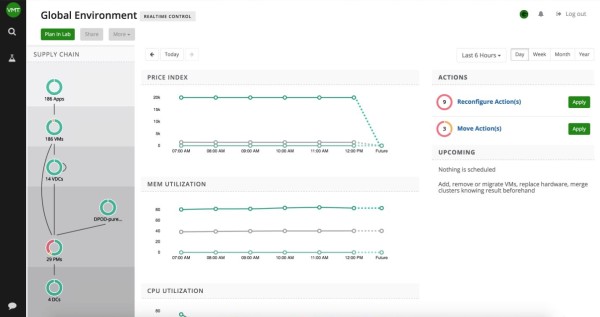 With VMTurbo you can guarantee performance and efficiency in every area of the data center.