Data deduplication is a technology that impede a block of data to be stored more than once in the backup repository replacing redundant data blocks with a pointer to the unique data copy. This ensure that only the data that have changed since the previous backup are copied saving space in the storage.

The new feature dedupe data across all the backed-up workloads storing backups in a central repository and uses a hash database to keep track of the deduped blocks. 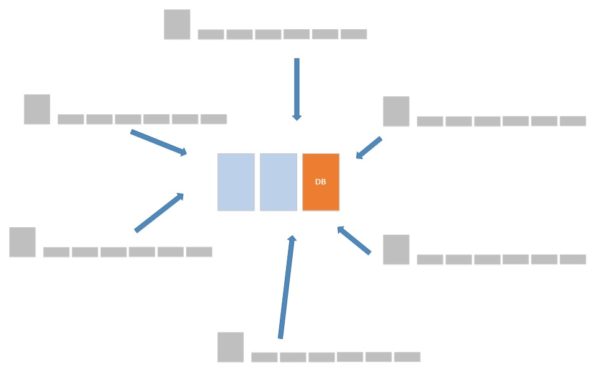 Main benefits this technology provides are the following:

Altaro reports Augmented Inline Deduplication as the best deduplication solution in the industry. 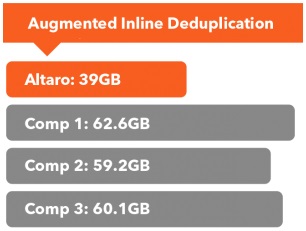 To enable the new feature in version 7.0, from the Altaro's Dashboard access the Advanced Settings tab and select VMs to process in the Deduplication column. 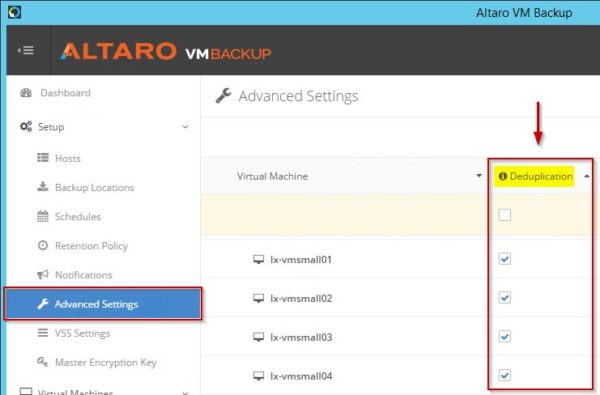 Augmented Inline deduplication runs across all backup jobs and there is no need to group VMs together.