Once the HA cluster has been configured, the procedure for patching a vCenter Server HA cluster must follow specific steps to avoid services disruption.

The patching procedure is composed by three stages: 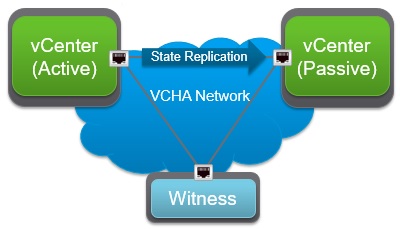 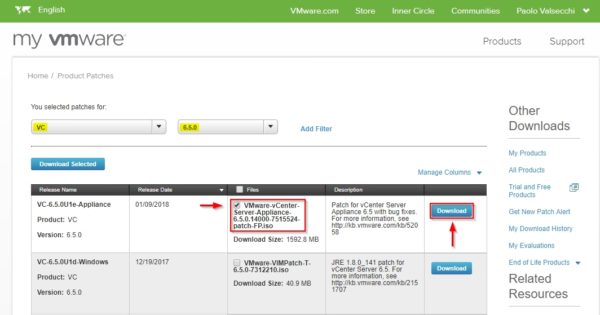 Upload the downloaded .ISO file to a datastore accessible by the vCenter Server.

Once the file upload has been completed, the patching procedure begins by putting the HA cluster in Maintenance Mode. 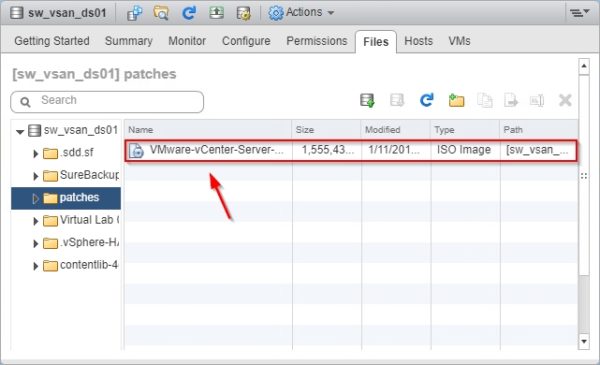 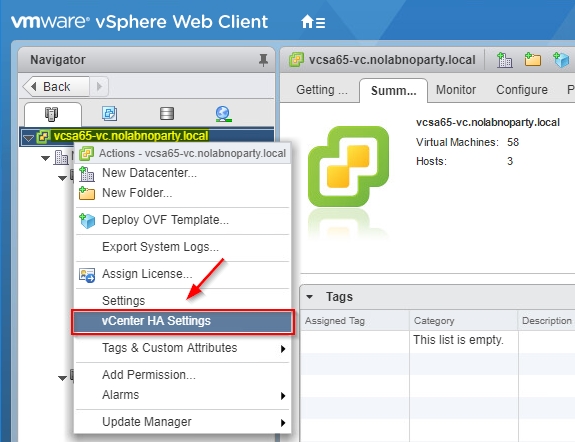 The vCenter HA status is now reported as Enabled. Click on Edit button. 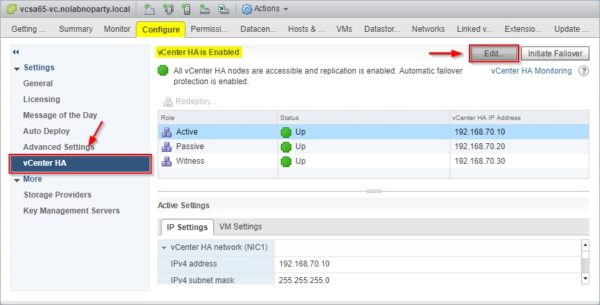 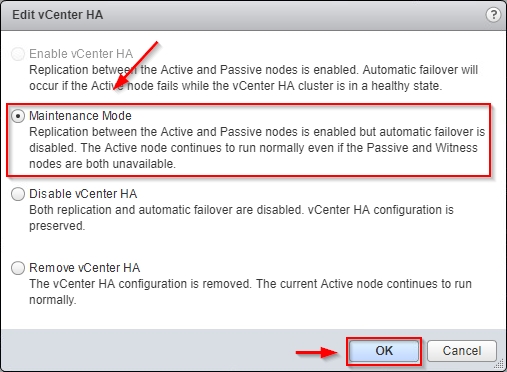 vCenter HA is now in Maintenance Mode, replication still works but automatic failover is disabled. Note which VM currently holds the Active and Passive node role since this information is required later on when the Active node will be processed. 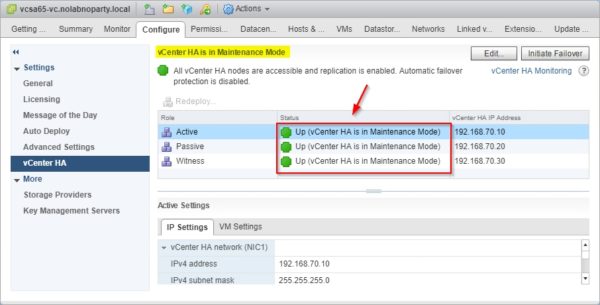 To proceed with Witness node patching, we need to mount the .ISO file to the processed node. 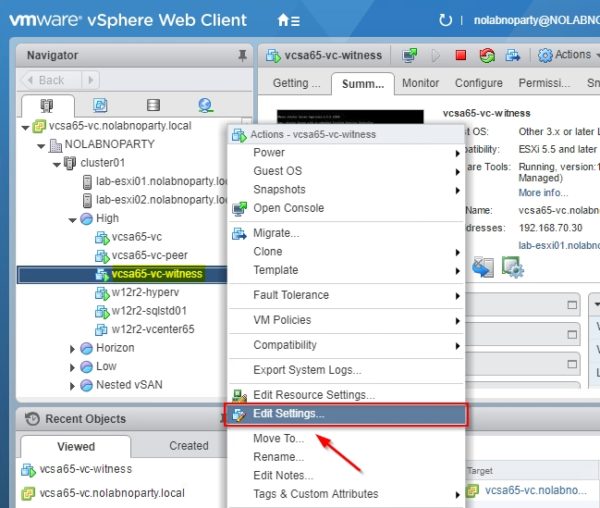 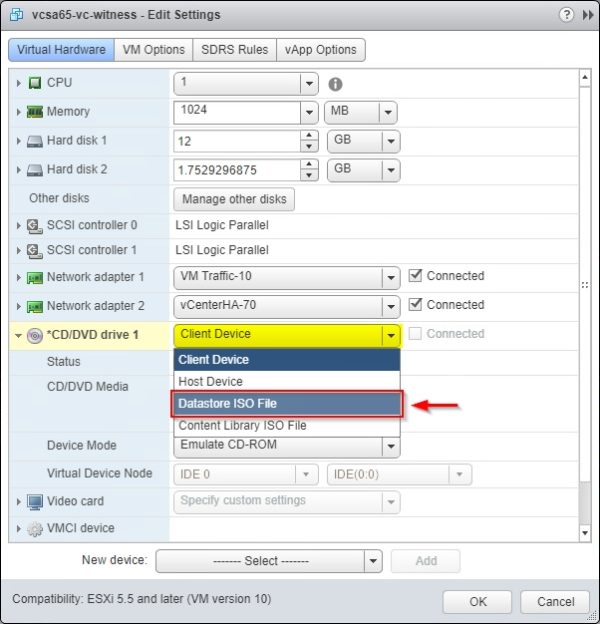 Select the patch .ISO file from the correct datastore then click OK. 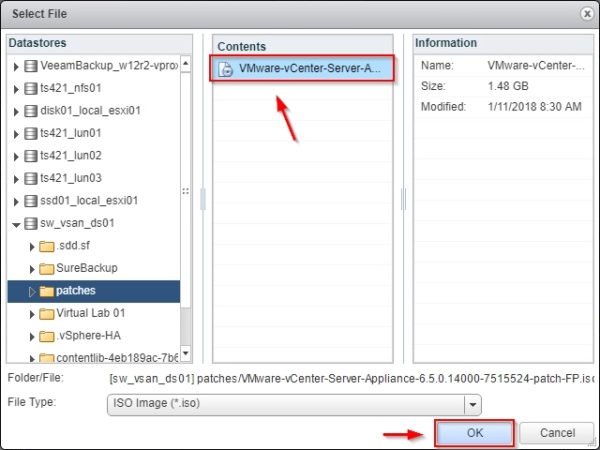 Click OK to save the configuration of the Witness node. 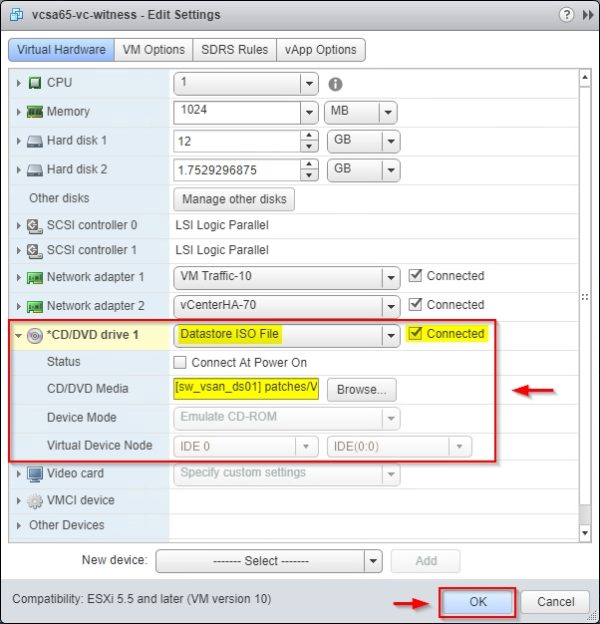 Now SSH the Active node as root using a tool like PuTTY and launch the Bash shell with the command:

From the SSH console of the Active node, connect the Witness node via SSH running the command:

To install the patch on the Witness node, from the Appliance shell run the command: 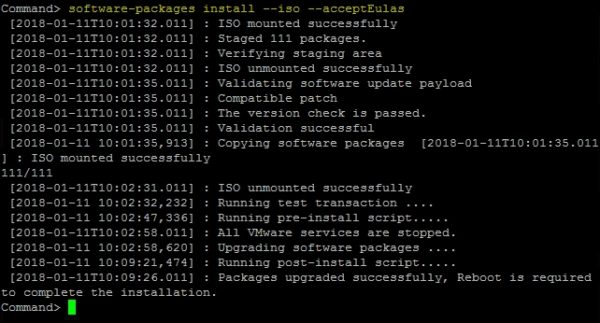 The update may require several minutes depending on the patch size. When the patch has been installed successfully, disconnect the .ISO from the Witness node. 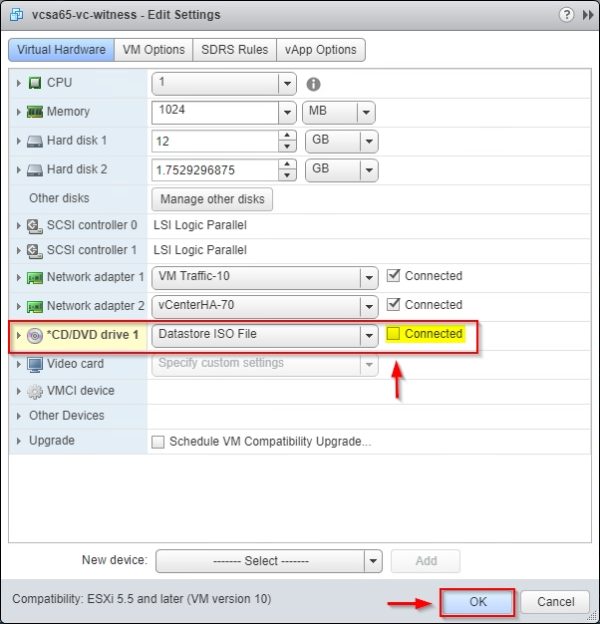 Reboot the appliance to apply the patch with the command: 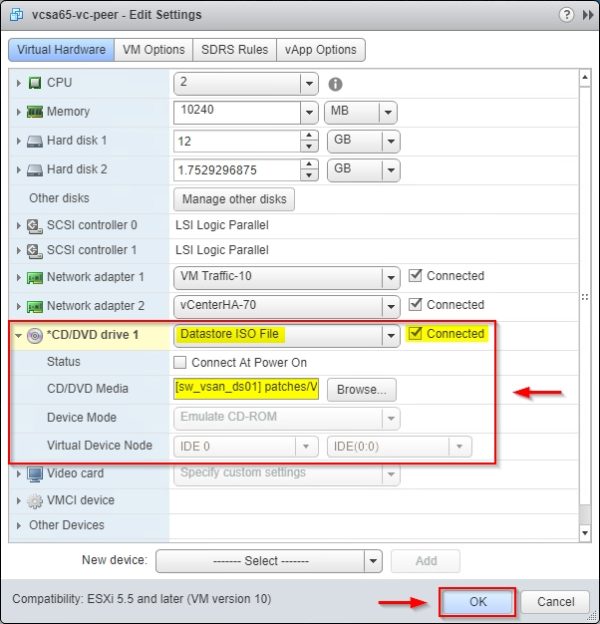 From the Active node, connect the Passive node via SSH running the command:

Install the patch on the Passive node running the command: 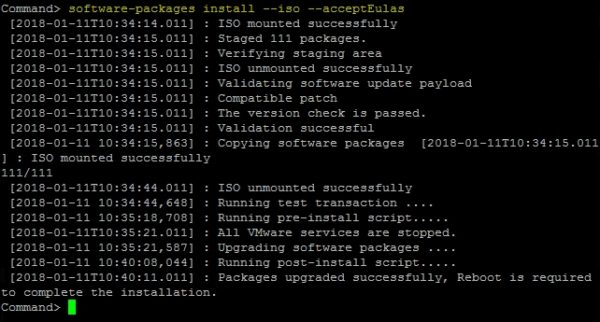 Since it is no possible to patch the Active node without service disruption, the patch installation procedure for the Active node is pretty the same but it requires an additional step first: performing a failover to switch Active and Passive nodes. 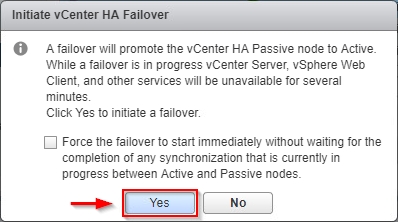 Wait some minutes until the failover process completes and make sure Active and Passive nodes have been switched.

After the failover took place, the Active node become the Passive node and vice versa. To install the patch follow same procedure used for both Witness and Passive nodes.

Mount the .ISO file to the Last node. 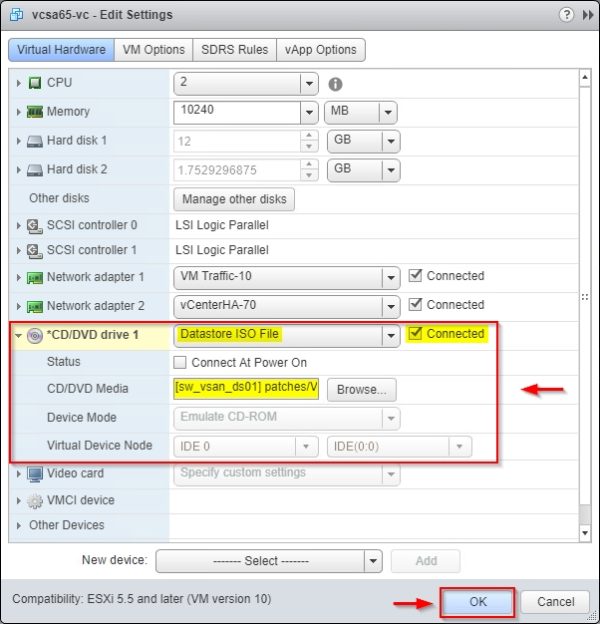 Connect the Last node via SSH and run the command:

Install the patch on the Last node with the command: 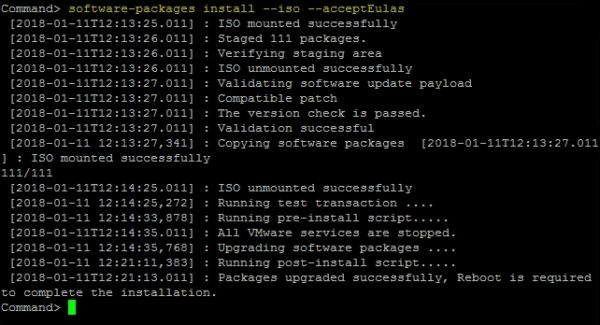 When the installation has completed, disconnect the .ISO and reboot the Last node with the command:

When the Last node has been rebooted, you can perform the failback to restore Active and Passive nodes. From vCenter HA section, click Initiate Failover.

When failback process has completed, exit the HA cluster from Maintenance Mode to restore the normal functionality. From vCenter HA section, click Edit. 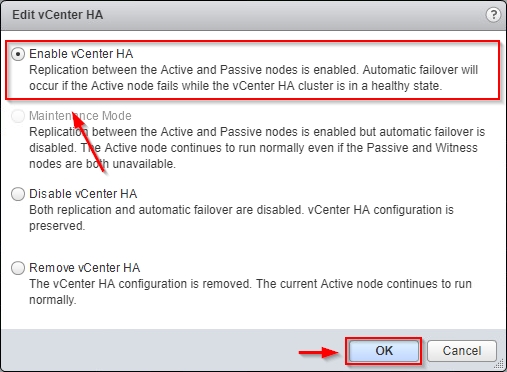 The HA cluster is now operating in a normal status.

Keep the vCenter Server always up-to-date for having an healthy, secure and fully working environment.