Nakivo released the new Nakivo Backup & Replication 9.4 adding some new features such as the support for Amazon S3 and Instant Physical to Virtual recovery.

After introducing the protection for Oracle in previous release, this long awaited feature is finally available and allows you to store backups and backup copies to Amazon S3.

Nakivo is doing a great job in terms of development and every few months a new version of Nakivo Backup & Replication is released introducing always new features.

With version 9.4, backups and backup copies can now be stored in Amazon S3. Both VMs and physical servers backups are supported. The backup to Amazon S3 allows the administrators to perform the following operations:

This new feature creates and maintains an identical copy of the primary VMware VM providing continuous availability protecting both the primary fault-tolerant VM and the secondary VM.

Level of access to Nakivo can now be assigned through role-based access capability in order to limit available actions eliminating potential risks.

Individual Exchange and Active Directory objects can be browsed, searched and recovered directly from compressed and deduplicated backups. Items can be restored to the original location with no need to perform full VM recovery first.

Physical machines can now be converted to VMware VMs directly from the backup for testing purposes or to migrate them to production in case physical servers fail. 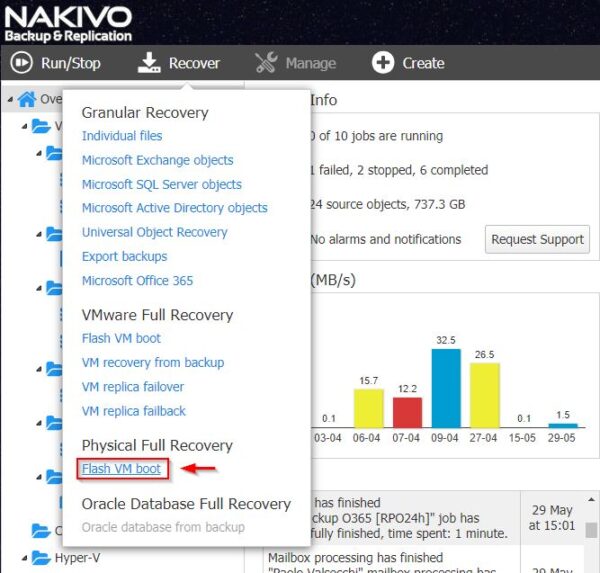 Nakivo Backup & Replication 9.4 is available to download as 30-day trial.