In Office 365 environment, AD FS signs its tokens to Microsoft Azure Active Directory to protect the tokens from being tampered with.

This signature can be based on SHA-1 or SHA-256 and since Azure Active Directory now supports tokens signed with SHA-256 algorithm, the change to the new algorithm it is strongly recommended to ensure the highest level of security.

If your configuration is still using the SHA-1 algorithm, in the Office 365 Admin center under Message center you can find a warning to secure the token-signing algorithm to SHA-256.

There are two ways to change the algorithm type in AD FS: 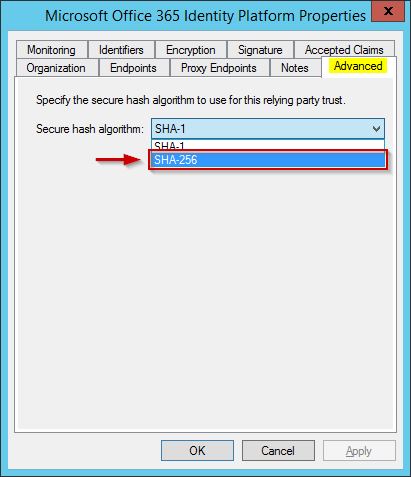 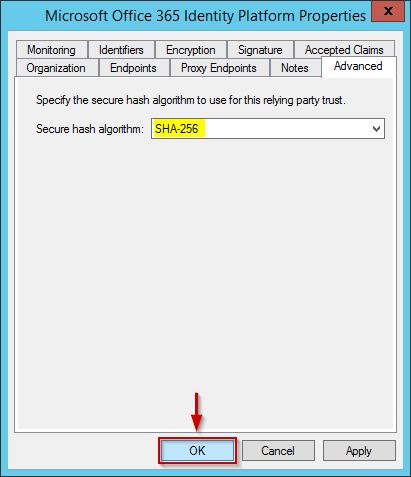 Same change can be done via PowerShell using the following command: 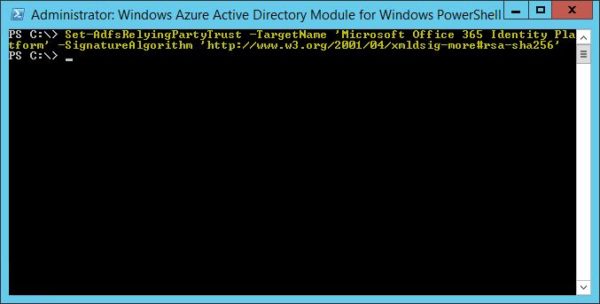 No extra configuration is required and this change doesn't impact Office 365 or other Azure AD applications accessibility.