The VMworld 2018 edition ended last week leaving the attendees with new announcements, and providing a lot of useful information and material.

VMware made some important announcements about forthcoming new releases and new features enforcing its role as leader of the market.

Several announcements have been made by VMware during VMworld 2018. Here a list of the most significative news.

Available later this year, the announced vSphere 6.7 Update 1 brings some new features and enhancements and it will support the upgrade from version 6.5 U2 to 6.7 U1 (currently only the migration from 6.5 U1 to 6.7 is supported).

The new features provided in the Update 1 can be summarized as follows:

vCenter Server Converge Tool - This new tool allows to migrate a PSC topology (PSC and vCenter reside on different appliances) to an embedded deployment (PSC and vCenter reside on the same appliance). So far the process to change PSC topology from external to embedded was pretty tricky, but this new tool simplifies the overall procedure. Once installed an embedded PSC on the vCSA, the vCenter Server Converge Tool allows a replication from the embedded and the external PSC. When the replica has completed, the external PSC is no longer needed and can be decommissioned. 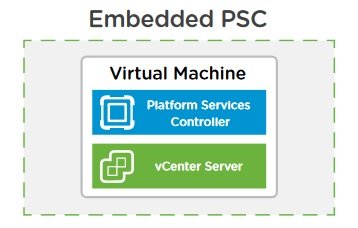 Enhancements for HCI and vSAN - The configuration process of vSphere cluster is now simpler with the introduction of a new cool feature called Cluster Quickstart. The new Cluster Quickstart wizard helps the administrators during the configuration of cluster components, such as HA, DRS, EVC, vSAN, and vDS, reducing the time required to have a fully working environment. Important news also concerning vSAN. It's now possible to update the firmware of supported I/O controllers used by vSAN through VUM simplyfing the maintenance process. Currently only some Dell controllers are supported, but the list will be soon extended to other vendors as well.

Enhanced Content Libraries - The support for OVA templates has been added to the Content Library feature, allowing to import and sync OVA templates extending the functionalities ensuring compliancy and consistency within the infrastructure when deploying workloads.

vMotion for NVIDIA vGPU & Support for Intel FPGA - It's now possible to vMotion virtual machines with vGPU to perform maintenance without disrupting the production. Introduced the support for the Intel Programmable Acceleration Card with Intel Arria 10 GX FPGA.

During the VMworld 2018, it has been announced the new edition of vSphere called vSphere Platinum. The new edition provides all the capabilities of vSphere Enterprise Plus and includes VMware AppDefense, the VMware solution to protect applications running on vSphere.

Purchasing 5 or more CPUs of vSphere Platinum licenses, a $10.000 worth of credits for VMware Cloud on AWS will be given as incentive to support the path to hybrid cloud.

Designed to better secure the environment, the new edition brings lot of benefits, such as: 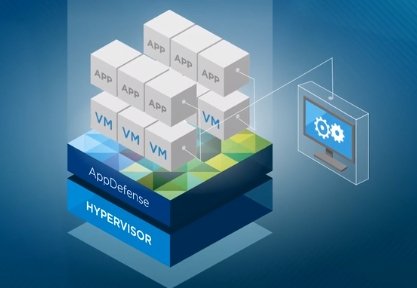 The integration between vSphere and AWS announced one year ago has been enforced with the announcement during VMworld 2018 of Amazon Relational Database Service (RDS) on VMware.

Amazon RDS can now be run on-prem with the option to easily move to AWS as needed. The database management is automated (provisioning, patching, backup, etc.) regardless of where the database is deployed. Databases supported will be Microsoft SQL Server, Oracle, PostgreSQL, MySQL, and MariaDB.

VMworld 2018 was rich of announcements and contents making the event very interesting for IT Pros providing an overview of where VMware is moving. Next VMware big event will be the VMworld Europe 2018 in Barcelona (5-8 November 2018).